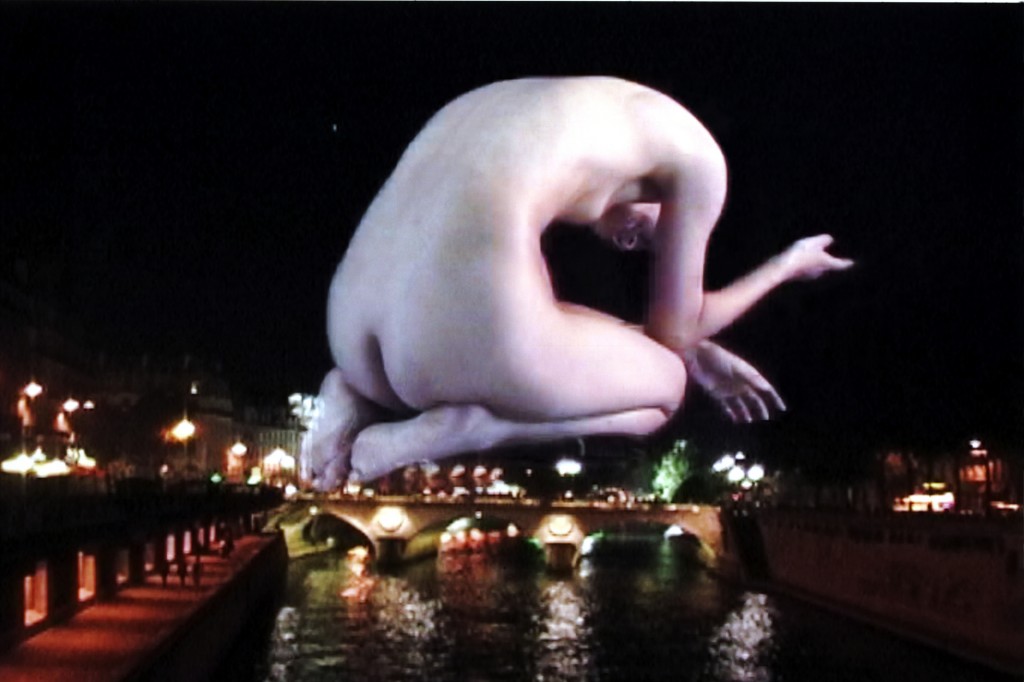 (…) As Jean-Paul Fargier, an art critic from Art Press and Le Monde, had pointed out, Cho & Yun have collaborated together for a long time performing as a duo of a conflict and a harmony presented by “man & woman, a light and a shadow, and archaic symbols and modern signals”. Since 1999, Yun Aiyoung develops her activities independently. An endless pain and a hollowness of becoming a soloist from “playing” as a duo, are presented in “Abysse 3D” (2000).

For a new century, this work was invited to an exhibition “Paris en 3D” (2000/10/03 – 2000/12/31) in Carnavalet museum in Paris. This exhibition had cutting-edge technology art history and presented work of stereo-imagery which represents images in the future.

The spectators discovers one big barrel placed in an exhibition. Curious about it, the descendant of Eve, human beings looks into it with 3D glasses placed on both sides. The “Abyss” was made by 3D image. At the moment spectators look into a barrel – with one meter of depth -, they face to an endless abyss and emptiness. The body, settled by 3D image, is separated to the background and it’s like an illusion floating around spectators: it reminds of “Dying slave” of Michel-angelo; it’s like a man wanders in a dark alley or on Seine river in Paris or a woman, sit crouched, who floats on a night sky.

As Jean-Paul Fargier pointed out that “Yun could express well the “abyss” even with a teacup and not a 200 L barrel”, she succeeded to put the abyss into an everyday life object. Through this simple 3D ordinary world, she expressed materialized the end of the abyss – sleeping in the air -, the bottomless abyss’s pit and the state of the soul in 4D. (…)